In the context of the ToxAlim INRA research unit, I contributed to several research projects aiming at understanding the mechanisms and impacts of different food contaminants.

I managed with Thierry Pineau (2008-2009) and then H Guillou (2010-2011) the team that became in 2010 the group of Integrative Toxicology & Metabolism and then I developed and led the GeT-TRiX transcriptomic facility (2011-2015). During these years I supervised the work of 3 PhD students: Alexandre Eveillard (with T. Pineau), Béatrice Roques (with C. Viguié) and Nabila Moussaoui (with H. Houdeau) and contributed to significant projects, including:

These studies, as well as those listed below, provided important insights into the mechanisms and effects of several food contaminants, sometimes contributing directly to the assessement of the toxicity of these substances by regulatory agencies. 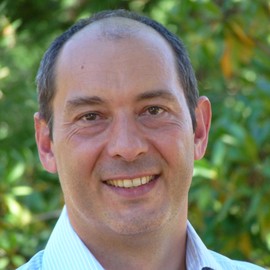 Transcriptomic modifications of the thyroid gland upon exposure to phytosanitary-grade fipronil: Evidence for the activation of compensatory pathways

Adverse effects of long-term exposure to bisphenol A during adulthood leading to hyperglycaemia and hypercholesterolemia in mice.

Fipronil is described as a thyroid disruptor in rat. Based on the hypothesis that this results from a perturbation of hepatic thyroid …
BB Roques, J Leghait, MZ Lacroix, F Lasserre, T Pineau, C Viguie, PG Martin
Project Project Pubmed

CYP450-dependent biotransformation of the insecticide fipronil into fipronil sulfone can mediate fipronil-induced thyroid disruption in rats.

Transcriptomic and nuclear architecture of immune cells after LPS activation.

The key roles of elongases and desaturases in mammalian fatty acid metabolism: Insights from transgenic mice.

Effects of illicit dexamethasone upon hepatic drug metabolizing enzymes and related transcription factors mRNAs and their potential use as biomarkers in cattle.

Impact of oral bisphenol A at reference doses on intestinal barrier function and sex differences after perinatal exposure in rats.

Identification of potential mechanisms of toxicity after di-(2-ethylhexyl)-phthalate (DEHP) adult exposure in the liver using a systems biology approach.

Effects of dexamethasone, administered for growth promoting purposes, upon the hepatic cytochrome P450 3A expression in the veal calf.

Cytochrome P450 inhibition profile in liver of veal calves administered a combination of 17beta-estradiol, clenbuterol, and dexamethasone for growth-promoting purposes.

Influence of dyslipidemia on moxidectin distribution in plasma lipoproteins and on its pharmacokinetics.

PURPOSE: We studied the influence of dyslipemia on the distribution of moxidectin, a potent antiparasitic drug of the macrocyclic …
MF Bassissi, M Alvinerie, PG Martin, B Perret, A Lespine
Project Pubmed